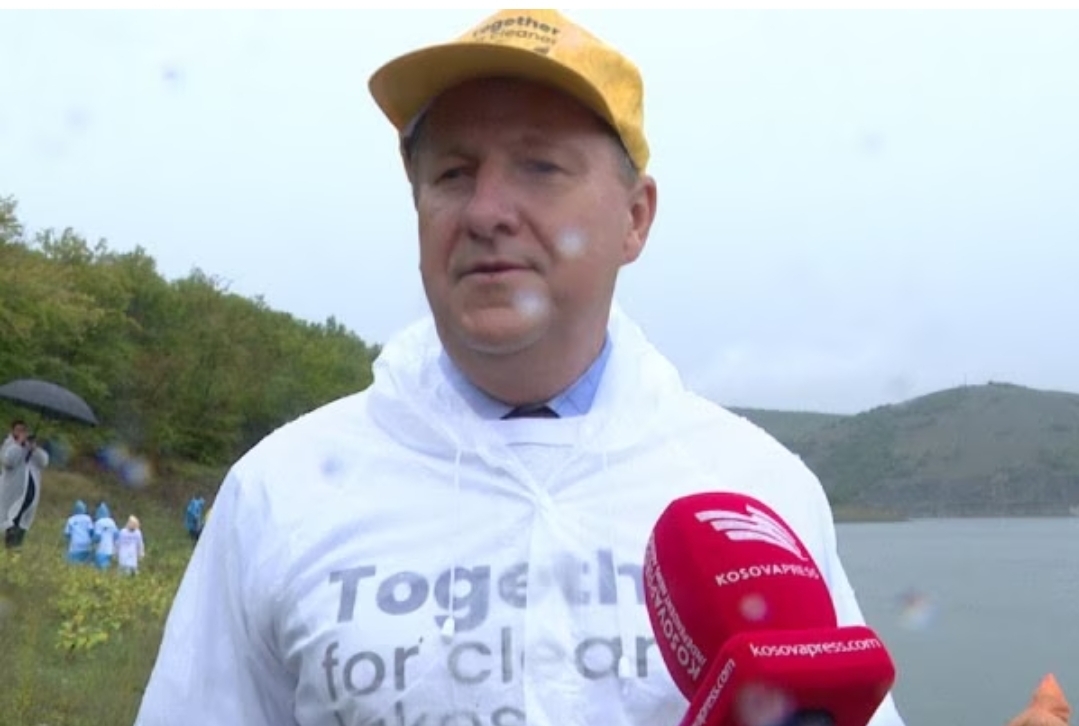 The Office of the European Union in Kosovo, together with GIZ Kosovo, the Young European Ambassadors, and PAMKOS organized an activity for the cleaning of Lake Badovci on Friday.

The ambassador of the EU, Tomas Szunyog, also participated in this garbage collection action, who called on the citizens for maximum dedication and commitment for a better environment in the lakes.

Ambassador Szunyog said that the purpose of this action is to increase the awareness of citizens that they should be careful when they stop near the lake, or when they stop in nature.

“This is actually Friday, which is also the EU’s beach cleaning day, so unfortunately Kosovo does not have sea beaches, but we still decided to do this project in Kosovo, and we are happy that we are now here at Lake Badovci to clean up this area by the lake. I think it’s a really important kind of activity, and not just for the local community, and cleaning up the lake, but I think it’s also our goal to raise awareness and maybe better inform people that they have to be really careful when stop by the lake, or when they stop in nature, they should take the garbage with them to their homes and dispose of it properly with the cleaning companies”, emphasized Ambassador Szunyog.

Ambassador Szunyog also said that Lake Badovci should be kept clean for another reason, as he said for the increase in the number of tourists.

“I think it is very important for Kosovo, because it has a beautiful nature and among the most beautiful that I have seen in Europe, but it must be cleaned and it must also be kept clean. Because, you know, if you want to increase the number of tourists coming and increase the type of tourism business, nature should be well protected,” he said.

The executive director of the Association for the Protection and Cleaning of the Environment of Kosovo – Pamkos, Merlina Beu-Muçaj, said that the activity is aimed at increasing the awareness of citizens about the conservation and environmental care in the areas of water resources, which are necessary for citizens.

“As part of the activity developed by the EU and GIZ with a local level partner, an activity is being done here to clean up Lake Badovci, which aims to motivate all people who love the environment for the maintenance and care of the environment, especially in the areas of water resources, which are necessary for the citizens”, she emphasized.