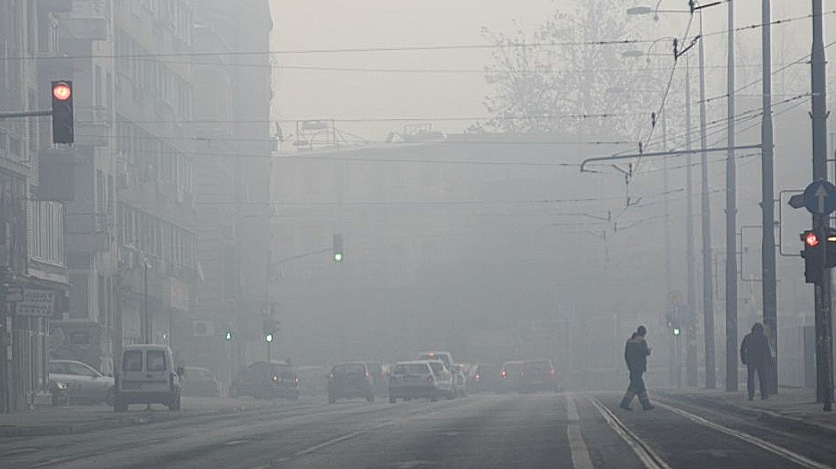 Premature deaths due to pollution: The Balkans in the worst situation

Air pollution in the Western Balkans causes a large number of premature deaths and the consequences include shorter life expectancy and deteriorating public health – therefore improving health systems requires urgent improvement of air quality and public health.
This was stated by the European Fund for the Balkans during the implementation of this month of the third phase of the campaign “United Balkans for Clean Air” with partners from the region.

The purpose of this phase of the campaign is to inform citizens about the consequences of pollution in terms of mortality and health in the Western Balkans and to invite them to join the fight to improve air quality and extend our lives.

According to the latest data from the European Environment Agency, poor air quality in the region causes more than 30,000 premature deaths, and the EU Joint Research Center highlights the fact that air pollution on average contributes to reducing life expectancy by 0.4 and 1.3. years in the countries of the Western Balkans.

The requirements of the “United Balkans for Clean Air” campaign are as follows:

Defining air pollution reduction as a national, regional and international priority and integrating it into all planning processes.
Increase budget funds for pollution control and establish systems for monitoring pollution and its effects on health.
Multi-sectoral partnerships need to be built at local, national and regional levels to improve pollutant control and improve air quality.
Prevention of non-communicable diseases resulting from poor air quality must be integrated between environmental and health policy priorities.

“To help prolong life, join the struggle of the citizens of the Western Balkans based on solidarity and become part of the ‘United Balkans for a Clean Air’ campaign,” the statement said.

The campaign “United Balkans for Clean Air” was initiated by the European Fund for the Balkans in partnership with the following organizations: Eco Forum from Zenica, Institute of Environmental Territory Management from Tirana, Sbunker, truAktiv and Balkan Green Foundation from Prishtina, Air Care from Skopje, OZON from Podgorica, the Renewable Energy and Environment Regulatory Institute and the Belgrade Open School from Belgrade.

The campaign is being conducted for the second year in a row, aiming to raise awareness of the citizens of the region about the causes and consequences of pollution, possible ways to improve air quality and the fight for a healthier environment.

The “United Balkans for Clean Air” emphasizes the need for regional co-operation to transform the energy industry and environmental protection system, which would improve both the economy and public health.