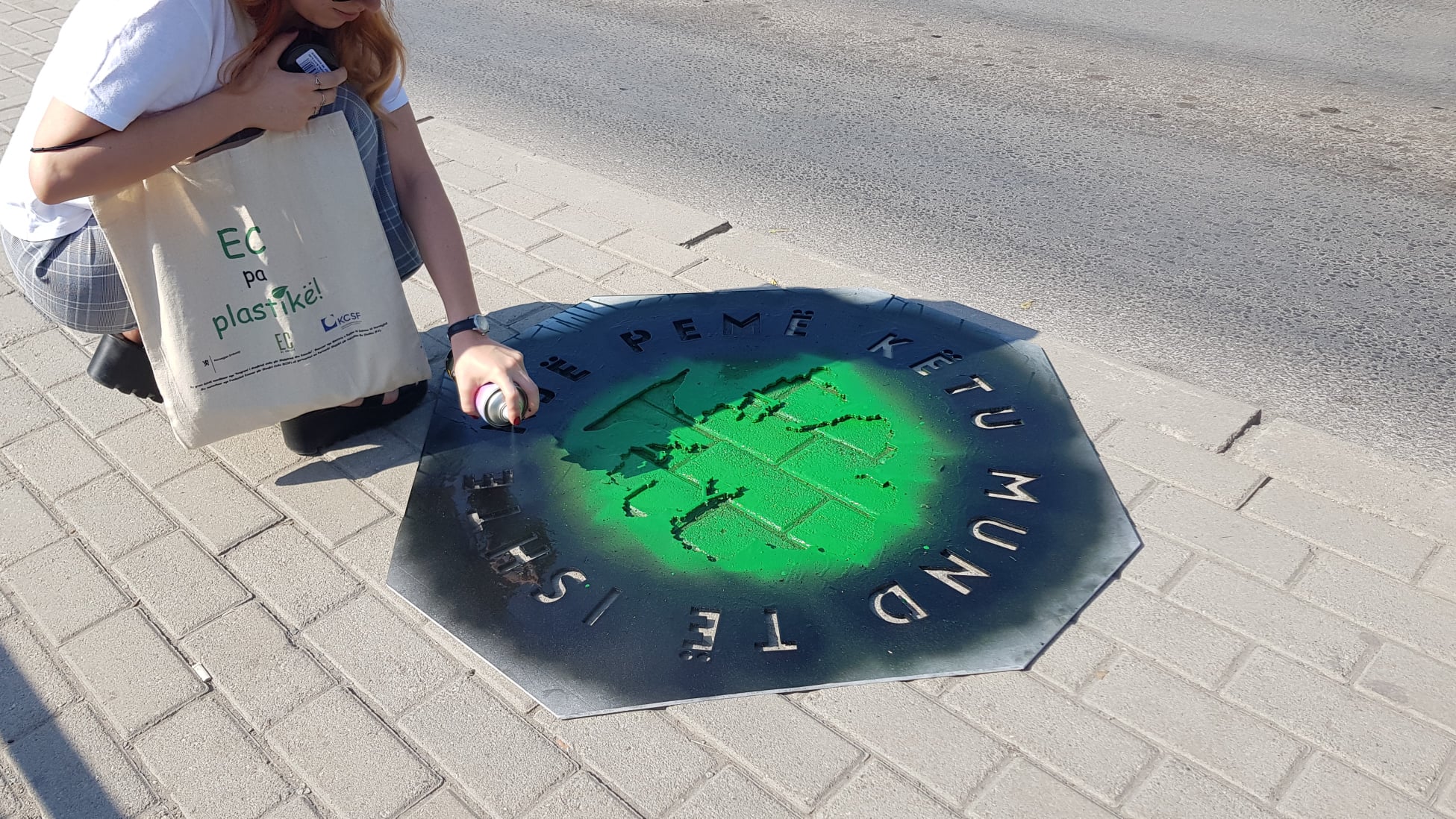 From the research “Air quality in Prizren” that EC conducted with the citizens of Prizren last year, it appears that about 44% of respondents think that not enough trees are being planted in their city. This essential problem has been seen to be present in many other municipalities, therefore and through this public reaction is required to find an adequate solution to this issue.

In some selected streets of the above-mentioned municipalities where it is estimated that there is a significant lack of greenery, some trees have been artistically improvised which are placed in concrete marking the space where they could be planted.

Knowing the great benefits that green areas bring within urban areas, the EC has taken the initiative to realize such a performance, in order for the attention of local leadership to focus on increasing greenery within the cities of Kosovo.
Concreted spaces with lack of greenery are turning into an extremely big problem especially during these days with high temperatures. With the lack of greenery and with countless concreted areas within our cities, “Islands of urban heat” are being created which in combination with cars raise the overall temperature by + 5 ° C (https://time.com/5655074/concrete -urban-heat).

On the other hand, the trees significantly reduce the overall temperature through the creation of shadows and through a process known as ‘cooling transpiration’ where the trees release water into the atmosphere from their leaves, reducing the peak summer temperature by 1-5 ° C. (www.epa.gov/ Using Trees and Vegetation to Reduce Heat Islands).

The use of trees and vegetation in the urban environment, with adequate maintenance brings benefits beyond heat reduction within urban areas. The trees around the buildings affect the creation of shade and the demand for air conditioning and energy consumption; improve air quality and reduce greenhouse gas emissions; reduce the risk of flooding; improve the quality of life as well as provide aesthetic values, create habitats for many species and reduce noise.

Trees also play an essential role in preventing climate change. Planting and protecting green urban areas will maximize the absorption of carbon dioxide, which is a major cause of climate change.
Planting trees is also one of the cheapest solutions to address this issue so this should be an additional reason why central and local governments should focus on increasing green space in Kosovo’s urban areas, along with maintaining their proper.

This performance was realized by EC Ma Ndryshe, supported by the program of the Kosovo Civil Society Foundation (KCSF) ‘EJA Kosovo’, co-financed by the Swiss Agency for Development and Cooperation (SDC) and the Swedish International Development Cooperation Agency (Sida). The content and attitudes presented here do not represent the official position of donors.